Miss Jessica began her love for dance while being a part of the competitive show choir ‘Swingsations’ Her love grew while attending Lincoln College on a dance scholarship and being a part of their dance company, Dance Force.  Jessica graduated from Lincoln College with her A.A. in Liberal Arts and was awarded the Dance award for outstanding achievements in dance.  She then went on to graduate from Columbia College Chicago with her B.A. in Dance.  While attending Columbia, Jessica worked for Youth Guidance of America teaching dance in their extended day program at an inner city school in Chicago.  Miss Jessica has been sharing her love for dance in the Chicagoland area for the past 10 years.  In addition to teaching she also travels to various high schools throughout the country to choreograph show choirs and musicals.  Musical choreography credits include: Joseph and the amazing Technicolor Dreamcoat, The Wiz, The Music Man, Grease, Cinderella Jr., Annie, Seaussical, Totally 80’s and Once on This Island.  Jessica’s choirs have won numerous awards including Best Choreography in 2011. Jessica spent her summers performing at Six Flags Great America for 7 seasons where she served as the Dance Captain for 6 years.  Miss Jessica continues to share her love for show choir by adjudicating competitions in Illinois, Indiana, and Wisconsin.   Jessica opened Dynamic Perception Dance Company in October of 2012, and has been sharing her love ever since. She has led the DPDCo Dancers to multiple first overall awards, best choreography, best use of staging and props, and a very special award given by one of the stars from "Dance Moms" for Best Sportsmanship & backstage etiquette. The Company was also awarded the prestigious Top Studio award for receiving the overall highest scores amongst other studios in attendance in 2014 & 2016.  DPDC was also awarded the ADCC studio of excellence award in 2015.  Miss Jessica is thrilled to begin her 7th year with DPDC, and can't wait to see what the future brings. 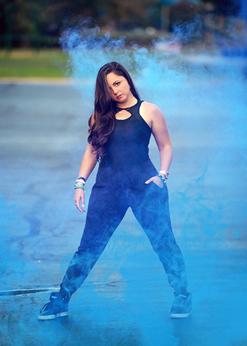